Truth Is Truth: Building on the Foundation

Royal Principle #28 states: The forces of Innate Intelligence operate through or over the nervous system in animal bodies.

There is one thing that every invention created over the course of history has in common: all of them originated as a thought in the mind. In order to become an actual physical representation of the original thought energy, they all had to be incubated, evaluated, and, finally, translated from idea to reality. We must remember that all of the things we have created and made real in the physical world first came from our thoughts. Just as Adam and all of his body parts were made from a thought, so was the wheel, the telescope, the compass, and the printing press—and let’s not forget the telephone and computer and on and on. All of these had their beginning in the creative thoughts of the inventor’s mind.

All creative thoughts and ideas are born in the mind. They are only made manifest through the action of nerve energy impulses into the cells, tissues, and organs of the body. We have the telephone because the idea came to Alexander Graham Bell. The idea was communicated from his mind and brain and then to and over his spinal cord. From there, the signal traveled over and through his peripheral nervous system to his fingers. He plucked the pieces of that idea from his mind and made them into a physical reality by the work of his hands, and the work of his hands was communicated back to his brain. This transfer of thought energy to reality can only occur through an intact nervous system.

We marvel at the creative energy and genius of our forefathers. First, those who created the science and art of chiropractic: D.D. Palmer, the founder of chiropractic, and his son B.J. Palmer, the developer of chiropractic. They both saw the “Big Idea.” They had tremendous forethought in recognizing the subluxation and understanding its detrimental effects on the human spine and nervous system, and on our overall health. Their knowledge was paramount to implementing and developing the utilization of spinal X-ray analysis, starting in 1910 at Palmer College. B.J. Palmer was able to use this new technology to validate the rapidly growing holistic health science and philosophy of chiropractic. Let’s also look at the creative energy and genius of Dr. Royal Lee, the developer of a new technology in the production of Standard Process whole food supplements. Dr. Lee researched and validated his holistic nutritional philosophy, and from this he developed many nutritional whole food supplements that promote real, natural health. Everything these pioneers of health created began with a thought, and that thought energy manifested into reality. Today we must continually protect and implement the science of the causes of health as outlined by our predecessors. This is how we ensure our health tomorrow and in all the days to come. 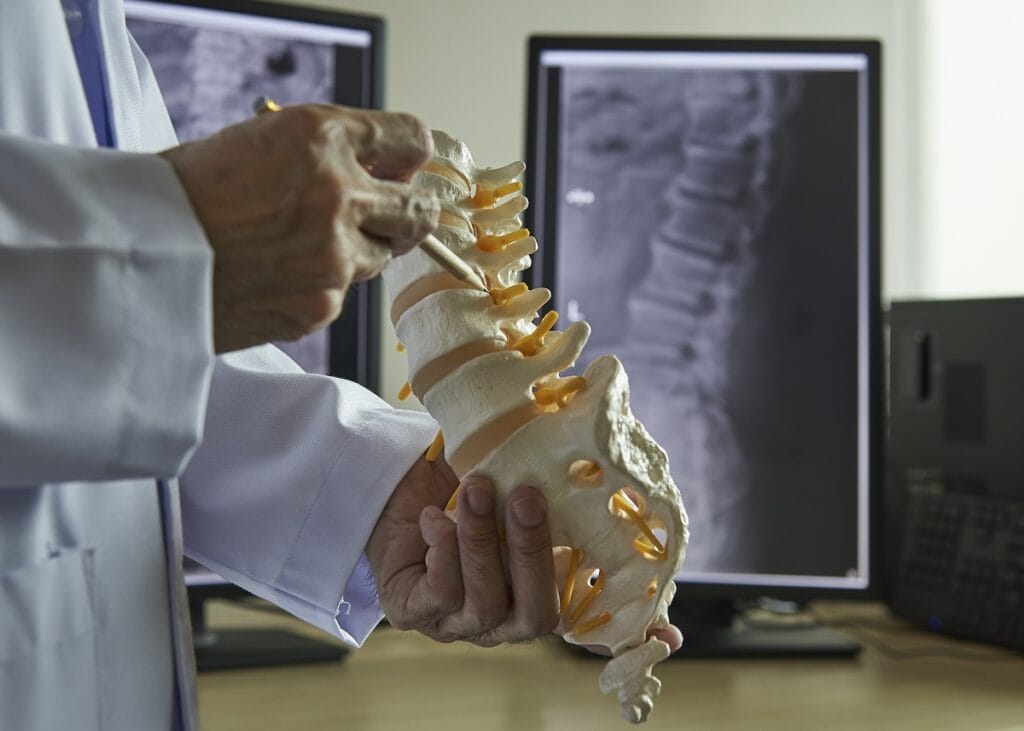 The human spine is vitally important for the protection of the spinal cord and nerves that maintain our Innate health and promote our recovery from sickness. As Hippocrates (460–circa 380 BC) stated long ago, “Look well to the spine for the cause of disease.” Known as the “father of medicine,” Hippocrates was the first physician to describe spinal manipulation. He understood that life is expressed over and through our Innate inborn intelligence, and this life force is made manifest to flow over the network of nerves encased in the spine.

Today, neuroscience research on the velocity of nerve conduction shows that electrochemical impulses over the nerves generally travel in the range of 165–196 feet per second. In the human body, “proprioception” is the sense of awareness of where your body is in space. The speed of nerve transmission within proprioceptive nerves is approximately 394 feet per second. With your sense of proprioception, you have a flow of information to recognize what your body is trying to tell you. For example, you need to be adjusted by your chiropractor because something just isn’t right in your neck or back. Your sense of movement seems off, or you feel out of sorts. It doesn’t seem like your heart is beating smoothly. Your digestion is all out of whack. You feel like an emotional wreck today. Or maybe something is just stuck between your teeth and you need to floss.

Dr. R.W. Stephenson’s Chiropractic Textbook explains the nerve energy stimuli received from our joints. In Principle #28, he states, “The forces of Innate Intelligence operate through or over the nervous system.” Through the communication of nerve sensing, we know innately to grab the dental floss, get an adjustment, or clear up a nagging emotional complex. We know innately not to eat toxic foods. We know innately that we should be more active because it innately makes us feel better. Innate is like an inner voice directing us to greater health and wellness and protecting us from danger.

The energy of Innate life force is transmitted over and through the spine by way of the spinal nerve tracks that originate in the brain and are communicated to all cells in the body. This natural current of life flows over our nerves and regulates all of our bodily functions 24/7. The brain, the headquarters of Innate control, watches over and responds to these functions. To and fro from brain cell to tissue cell, and back from tissue cell to brain cell, we respond to our internal and external environments. We are alive. (A dead person has no Innate life force.) When this life force energy is either reduced or amplified by the effects of spinal segment imbalance (aka a spinal subluxation), what we have is a failure to communicate. This can and will result in the body reacting to the altered nerve flow with an expression of symptoms. “The nervous system is an extensive and complicated organization of structures by which the internal reactions of the individual are correlated and integrated and by which his adjustments with his environment are controlled” (Gray’s Anatomy, 29th American edition, p. 777). With these words from Henry Gray, FRS, we can see the idea behind R.W. Stephenson’s Principle #28 in the Chiropractic Textbook: “The forces of Innate Intelligence operate through or over the nervous system.”

To live in abundant health, coordinated, integrated nerve communication must flow abundantly through our bodies, just as Henry Gray notes. We do not know how to digest a meal. We do not know how to heal a broken bone. We do not know how to exchange oxygen and carbon dioxide. Innate knows these things. And it happens only because the brain and the body are always communicating by and through the nervous system. Our Innate life force flowing over our nervous system is always looking out for our best interests. We were created to live a healthy, fulfilled life—even starting back with our parents. What they thought. What they ate. What toxins they were exposed to. What physical stress and spinal subluxations affected their nervous systems. We reap what they have sown. Still, the body also has the marvelous ability to respond to its current internal and external environment.

The uniqueness of chiropractic is rooted in its vitalistic foundation to promote the causes of health with natural means. The science and art of chiropractic helps restore health by addressing the structural, emotional, and nutritional causes of health, thus reducing the negative and toxic influence they exert upon the nervous system.

As chiropractors, we study physiology and the causes of health, as opposed to pathology. Most of what we call pathology is the body-mind striving most intelligently to adapt to the stressful environment we exist in. By keeping the spine biomechanically stable, and by keeping the nervous system free of static and compatibly nourished, our humus body is able to better express a healthy physiology, which in turn produces a more abundant level of health and well-being.

“Being ignorant is not so much a shame, as being unwilling to learn.”
—Benjamin Franklin