I often hear people using the words vaccination and immunization as if they were interchangeable. Plucking one of them out of a sentence and plopping the other in its place. But is it that simple? Are they the same thing?

Don’t worry, I’m not about to dive into the debate of childhood vaccinations. I avoid that subject like the plague. (Hmmm…do they have a vaccination for the plague yet?) I’m just a word nerd with a healthy curiosity about the semantics involved. Let’s take a closer look, shall we?

Merriam-Webster defines “vaccination” as “the act of vaccinating.” Not super helpful. They went a step further with “vaccinate,” which they define as “to inoculate with a vaccine.” However, the definition of “vaccine” offers a more solid definition:

Vaccine: a preparation of killed microorganisms, living attenuated organisms, or living fully virulent organisms that is administered to produce or artificially increase immunity to a particular disease.

How about immunization? Merriam Webster says this:

Immunization: the creation of immunity usually against a particular disease. 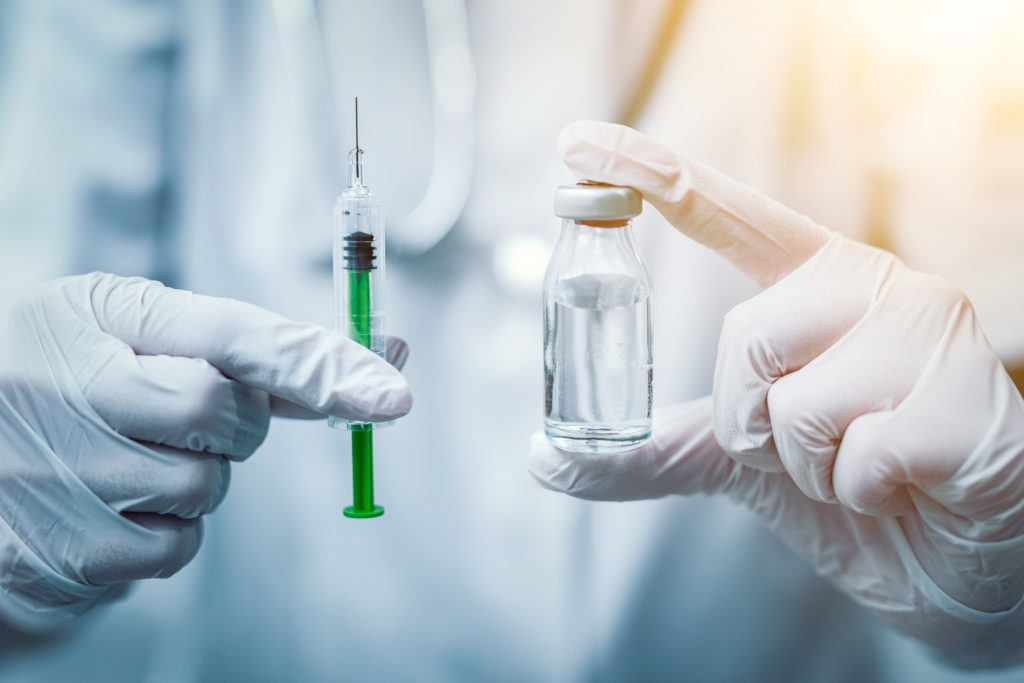 Not feeling super satisfied with these definitions, I took a different approach. Maybe a refresher was in order.

Your body has an entire immune system, so it’s safe to say that immunization has been around as long as we humans have. As Judith A. DeCava explains in her book, Vaccination: Examining the Record, our immune system is made up of a complex group of cells found in the blood, organs, and other tissues throughout the body. Let’s take a look:

White blood cells: These are everywhere in the body, including your bloodstream, organs, and tissues. White blood cells are at the ready when the immune response is needed. Whatever the attackers bring to the fight, the white blood cells will rush to meet it, entering the fluid in the area under attack to absorb and consume the enemy.

Lymphatic organs and tissues (including the tonsils): These have the noble job of ensuring undesirable particles don’t end up in your bloodstream, and they also house a good number of white blood cells throughout their lifespan.

Inflammation: This kicks in when your body is under attack, whether from an injury, a foreign substance (infection), or a chronic disease. It’s a response from your body that gathers up the foreign particles and affected cells, working to eliminate them and create the conditions for tissue repair.

That’s a basic review of your body’s immune system and how it’s naturally designed to ward off bad things.

So when did vaccinations come into play? The idea behind vaccination is that injecting the body with a specific antigen (serum, microorganism, or virus) helps the body develop antibodies that can establish resistance to a specific disease. These antibodies travel to where the antigens are lingering by way of your blood, and they combine forces to eliminate the antigens and the cells affected by them. These antibodies are thought to “educate” the body so it will remember those specific antigens if they should attempt another attack.

In her book, DeCava asks what actually causes disease? Is it solely determined by germs entering the body, or is it dependent on certain conditions—driven by factors such as stress and nutrition—within your body at the time they enter?

Further, what do vaccinations contain? Aside from the decomposed protein (bacteria and/or virus), they also contain stabilizers. Stabilizers can be questionable for our health in processed foods and vaccinations.

I like to understand both sides of any big self-health issue. I urge you to do your own research as well—making informed decisions always feels better.

Paula Widish, author of Trophia: Simple Steps to Everyday Self-Health, is a freelance writer and self-healther. She loves nothing more than sharing tidbits of information she discovers with others. (Actually, she loves her family more than that—and probably bacon too.) Paula has a bachelor’s degree in Psychology and Public Relations and is a Certified Professional Life Coach through International Coach Academy.

Paula Widish, author of <i><a href="https://www.seleneriverpress.com/shop/trophia-simple-steps-to-everyday-self-health/">Trophia: Simple Steps to Everyday Self-Health</a></i>, is a freelance writer and self-healther. She loves nothing more than sharing tidbits of information she discovers with others. (Actually, she loves her family more than that—and probably bacon too.) Paula has a bachelor’s degree in Psychology and Public Relations and is a Certified Professional Life Coach through <a href="https://coachcampus.com/">International Coach Academy</a>. <strong>Products by Paula Widish</strong> [products tag="paula-widish" limit="3"]