This recipe might come in handy one day for you guys out there. More a method than a recipe, it was invented by my husband. I call it Mark’s Heap O’Bacon.

You’ll need a large fry pan and a package of bacon. Once you have a pan full of bacon strips, just stir them around occasionally. Pick them up and try to lay them wherever you can find space in the pan. At first some of the strips will be laying on top of each other. Don’t worry. As the bacon shrinks, you’ll find some empty pan surface here and there.

Granted, the strips will be partially cooked in some spots and overcooked in others. Some spots no doubt will be undercooked. Keep stirring. Keep forking them up and laying them down as more space opens up in the pan.

You can even leave the mass of bacon to cook on its own while you make coffee. When you get back to it, some of the strips will be ready to plate. Remove them, making room for strips that have yet to touch the bottom of the pan.

In the end, you’ll have a nice heaping plate of bacon. Your loved ones will wake up to the exciting scents of bacon and coffee wafting through the house and into their nostrils. Everyone will love you. But you’re not done! When your hungry mouths show up, crack some eggs into a bowl and slide them into the hot bacon fat. Breakfast is served.

At the very least, all that we—your adoring spouses—ask for is the occasional breakfast cooked by your own hands while we linger in bed just a little longer, or while we round up children and get them ready for school. Or how about a quick, tasty dinner?

We want men in kitchens! So we made this book: Men in Kitchens: A Good Day to Dine Hard.

I attended coauthor Nick Armstrong’s cooking class at Whole Foods recently. While Nick embodies the macho man, he made it his goal to learn about food, food chemistry, and the ways of the kitchen. With his humor, fearless improvisation and, at times, unapologetic awkwardness, he brought to that demo the authentic spirit of a man. Even when he nicked his thumb with a knife while slicing onions, he didn’t miss a beat. He simply noted a very important rule of thumb: always know where the first-aid kit is located.  And he kept on cooking.

Gentlemen, let’s get past all the gender expectations. Let’s get a decent meal from you guys. Once upon a time, it was common for men to cook. Hell, even cowboys in Montana got into fist fights defending their cherished recipes for stew, or biscuits, or chokecherry cobbler. Let me assure you—when you make this Heap O’ Bacon, not even the most OCD person in your life will make a peep at the commotion in the pan. Your girlfriend will bite her tongue at the unruly heap o’pig piled on her plate. Your children will adore you for stepping up. They will all love you for feeding them. It doesn’t get any simpler than that. 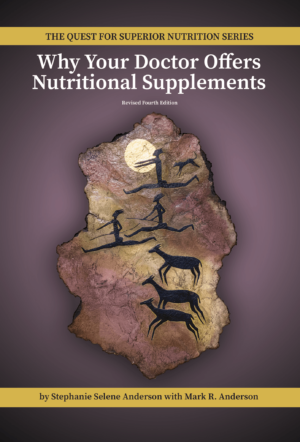 2 thoughts on “We Want Men in Kitchens!”