Royal Principle #22 states: “There is 100% of Innate Intelligence in every ‘living thing,’ the requisite amount, proportional to its organization.”

As doctors of chiropractic we work with the natural, ordained laws that govern the functions of the human body, including its maintenance and healing abilities. These laws of health are self-evident for all human (humus) beings. Just like traffic rules, we learn these laws in driver’s training classes so we can travel safely to and fro on the highway as we explore our life’s freedoms. When we drive according to the rules, life is good, and there are no fines to pay. These laws are in effect 100 percent of the time, 24/7/365. If we break a law, we will suffer by paying the fine. As we travel on the highway of life and health, our body is also regulated by natural laws 100 percent of the time, 24/7/365. 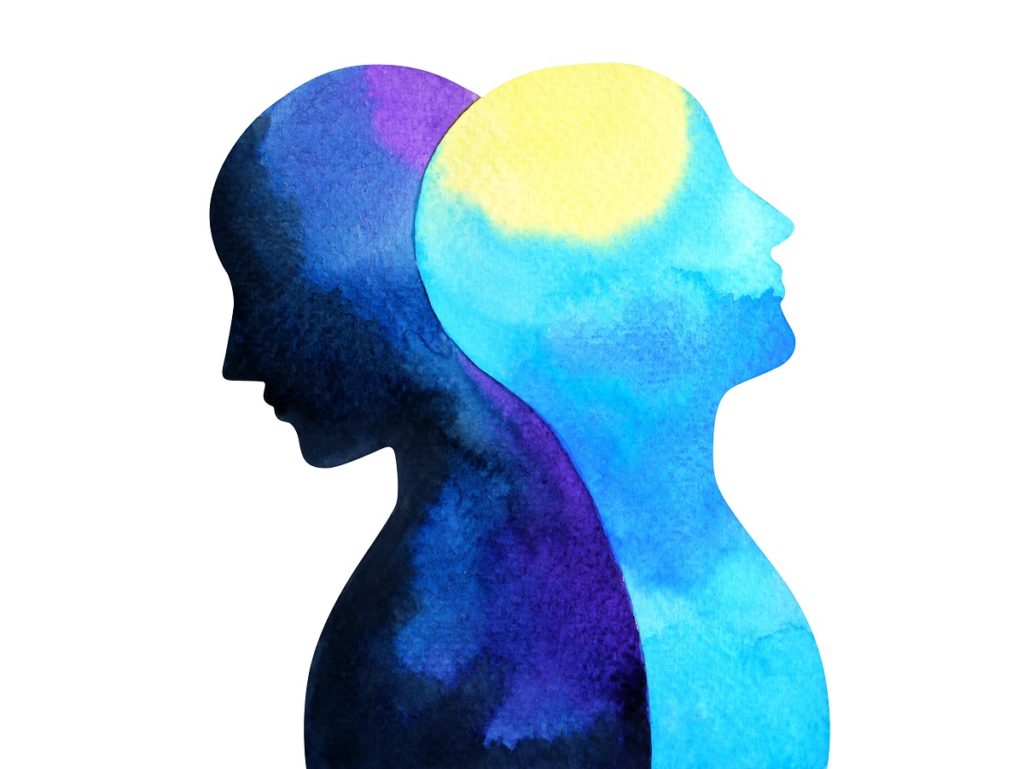 Principle #22 in R.W. Stephenson’s Chiropractic Textbook states: “There is 100% percent of Innate Intelligence in every ‘living thing.’”

Let’s view Innate Intelligence just as we view our traffic rules and regulations. They are in effect 100 percent of the time. Innate directs the signals of our Life Force to travel through the highways of the body, which are made up of millions of nerves to deliver vital information. The spine is like a supper express highway that keeps the millions of traveling nerve signals on the right road, protecting them as they travel to and fro to the millions of cells of the human body. This smooth flow of nerve signals keeps us healthy, happy, and content in our “body car.” Sounds like the body is one sweet racing machine!

Occasionally the powers that be try to unfairly implement laws to control or eliminate a competing industry. What if the auto industry forced a law that all airplane travel needs to be eliminated on the grounds that flight is dangerous? Would not the airline business fight back and stand up to that discrimination and injustice?

In October 1976, Dr. Chester Wilk, joined by four other doctors of chiropractic, filed suit against the AMA, American Hospital Association, American College of Surgeons, American College of Physicians, and the Joint Commission on Accreditation of Hospitals. The suit accused these entities of participating for years in an illegal conspiracy to destroy the chiropractic profession. The long-fought legal battle ended in a ruling delivered in U.S. District Court on August 24, 1987. The defendants were found guilty of taking active, covert steps to eliminate the chiropractic profession. They undermined chiropractic colleges, undercut insurance programs for chiropractic patients, concealed evidence regarding the effectiveness of chiropractic care, subverted government enquires into the effectiveness of chiropractic care, and promoted other activities that would tighten the AMA’s monopoly of health care.

For nearly a century, organized medicine had been trying to discredit the chiropractic profession. In 1906, D.D. Palmer and B.J. Palmer, while practicing chiropractic adjustment procedures, were indicted by a grand jury in Scott County, Iowa, for practicing medicine without a license. Before D.D. Palmer went to jail until his fines were paid, he stated to the court, “I believe freedom also constitutes a patient having a choice in a doctor and to select the type of healing his intelligence finds best to regain his health.” (Sounds like the same voices crying in the wilderness today about how mandates control our freedom of choice when it comes to our health.) The attack against D.D. and B.J. Palmer by medical monopolies shows that if beneficial healing methods do not conform to organized medicine, they are judged as criminal acts. 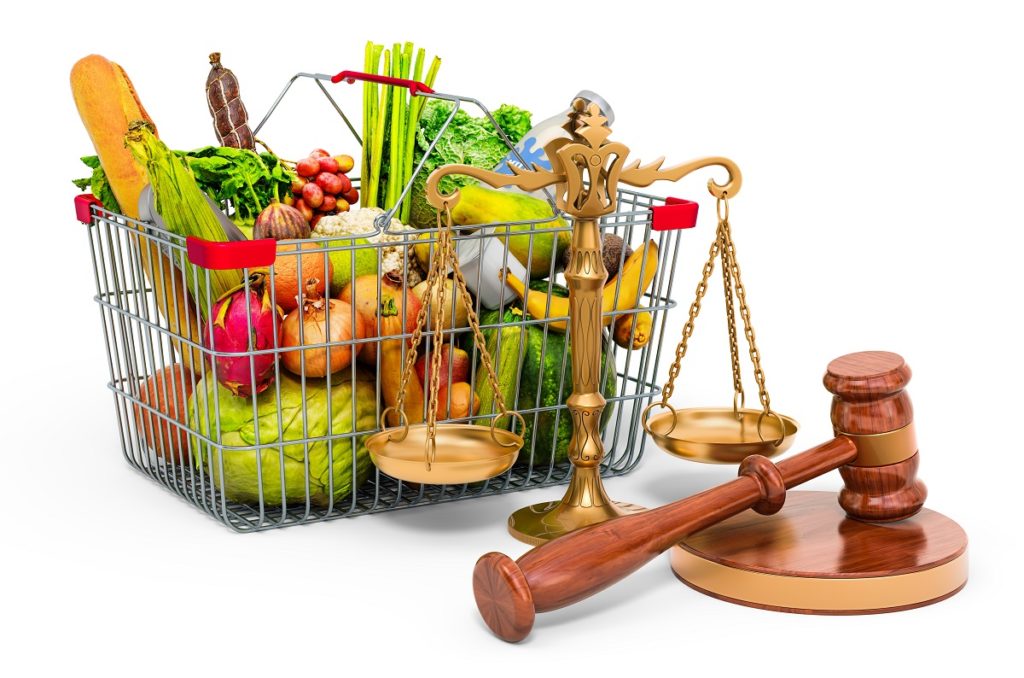 Back in 1962 we were granted the freedom to choose what foods we want to put in our bodies. Dr. Royal Lee, the founder of Standard Process, carried on this battle for all of us. In his lecture denouncing the medical monopoly of organized medicine, Dr. Lee documents how the AMA wielded its influence over the FDA and Department of Justice in its attempt to destroy competitors and establish medicine as the only legitimate healing method in the United States.

The Greek word huperephanos describes those who think they are above all others. Empowered to control those beneath them, they want to build a tower to their name, and everyone must bend to them—or be broken. This word describes one who speaks arrogant, debasing, slanderous, and degrading accusations. We have the choice to embrace what our forefathers D.D. and B.J. Palmer, Dr Royal Lee, and Standard Process all fought for. If we could ask them today, I believe they would all say they fought the good fight, and they have no regrets. They devoted their lives to helping eliminate human suffering. They were not ashamed to speak out and teach of the Innate, natural, and empowering health benefits of chiropractic, nutrition, and the life of the soil. They endured many false accusations, yet rose to the top to give us freedoms we enjoy each and every day. It is demented human nature to create groups and attack others who have different beliefs.

Another battle raged on in late 19th and early 20th centuries. Midwifery, which was considered an archaic profession, was attacked. Midwives were to be replaced by doctors. As “medical knowledge” of the human body grew, so did political agendas. It was said that midwives were less adept at birthing than doctors. This attack was the product of nearly 100 years of propaganda and misinformation spread by American health officials to take the power of birthing and reproduction away from women. This war of medicalization shifted birthing away from midwives and into hospitals. The emerging obstetric field, made up almost entirely of men, wanted to prove their birthing procedures were superior. With the Sheppard Tower Act of 1921, congress approved funding for state health programs to eliminate the “midwife problem.” In 1919, the Maternal and Infant Mortality report found that infant mortality in hospitals was four times greater than births assisted at home by a midwife. 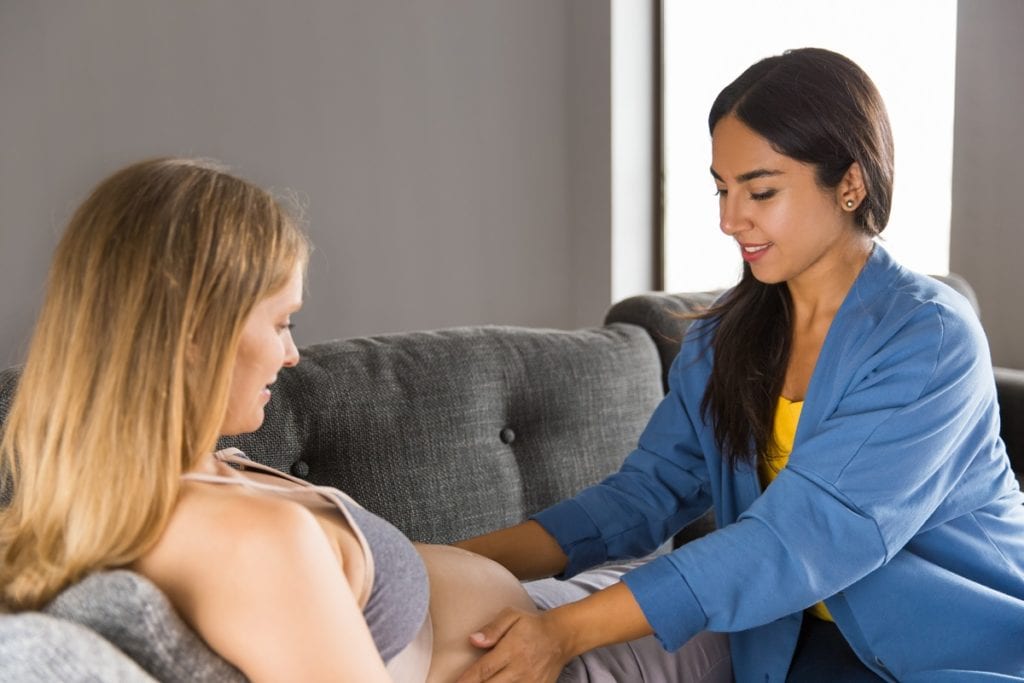 The oppression endured by the Palmers, Royal Lee, and midwives only make us stronger today. If we want to steer our own boat, our profession needs action. A small rudder will turn a huge boat only if it is moving forward. If we are not taking action toward our destination of learning, our rudder of natural health skills loses authority, and we are dead in the water. As Admiral Farragut commanded, “Damn the torpedoes, full speed ahead.” Let’s set out to build a healthy tomorrow and make all those who sailed before us rejoice when seeing how their sacrifice motivated our accomplishments.

We are designed to be healthy; it is a natural law. As healthy, functioning human (humus) beings we can choose the physical activities that promote life and health: exercise, spinal chiropractic adjustments, and whole, real foods. Add Standard Process whole food supplements to build and support healthy, functioning metabolic physiology in the cells and organs of the body. Also consider how negative emotions affect physiology in a detrimental way. I call it the “Pandemic Propaganda Syndrome.” The current mode of fear and worry in today’s world stimulates the release of toxic neurological and biochemical neuropeptides that can alter our physiology into a mode of fight or flight.

The following products from Standard Process offer nutritional support for the adrenal glands that can combat the physiology of the stress response:

Stress turns our thoughts from the desire to learn and create into feelings of fear and worry, which can trigger the fight or flight response. Then we do dumb stuff and forget other stuff. In this realm of pandemic physiology, healing pathways are turned off or down-regulated. This can lead to allergies and respiratory stress. It can impact our digestive functions to the point that we don’t feel like eating, or if we do, food upsets our tummies. Blood pressure rises higher and higher. Restful sleep is inhibited. Emotional stress produces physiological neuro-emotional changes in the body’s functions in a variety of ways. Adrenal physiology can be balanced—and these reactions can be helped and even neutralized—with the chiropractic Neuro-Emotional Technique (NET).

Remember, the nervous system controls the body’s functions. The nervous system is affected by spinal subluxations, nutritional imbalances, and negative emotions. The body has an Innate response to the environment of our emotional and conscious thoughts 100 percent of the time. This is because our Life Force communicates all that is in us through the nervous system traveling in the spine.

Let’s reflect once again on the wisdom of R.W. Stephenson’s Principle #22: “There is 100% percent of Innate Intelligence in every ‘living thing.’” We Innately know when to stand up and fight for freedom of choice over what we put into our body and what type of care we choose for our body. We must be intentional with our plans, purpose, and action. Let’s embrace the wisdom of those who have gone before us. Let’s use this wisdom to foster natural health and spread our knowledge of the natural laws of health to all human kind. By grasping hold of our forefathers’ vision, we enlighten current generations to greater levels of health and well-being.

“Unless we put medical freedom into the Constitution, the time will come when medicine will organize itself into an undercover dictatorship.”
—quote often attributed to Dr. Benjamin Rush (1746–1813), physician, writer, and educator

DR. MICHAEL DORITY, now retired from his 44 years of chiropractic practice in Nebraska, credits his professional success to supporting the patient’s nervous system with whole foods, whole food supplements, and patient education. He has contributed to the health and well-being of many grateful families over the years. You can find Dr. Dority’s <a href="https://www.seleneriverpress.com/product-category/food-knowledge/charts-posters/">patient education posters</a> here at Selene River Press.