Royal Principle #6 states: “There is no process that does not require time.”

This reminds me of the story about the twin frogs that lived on a farm. Every day, the frogs watched the farmer carefully lug shiny silver buckets over to the milk cows, and they began to wonder what could be in them. One day after the farmer set the buckets down, the frogs jumped up with all their might and landed in the foamy, frothy, fresh milk inside.

Gulping, gasping, and coughing, the first frog struggled to keep its head above the milk. “I’m not going to make it out alive!” he cried. With that, he gave up and drowned.

The second frog also struggled to stay afloat, but he soon realized that the harder he kicked and swam to save himself, the thicker and firmer he made the milk. Soon he found himself resting on a high, firm foundation of butter. With one more burst of determination, he gathered up enough strength to hop right out of the bucket, all thanks to the foundation he created beneath him.

It took time for the second frog to turn the milk into solid butter and set himself free, and it was only thanks to his unending kicking (work). This frog’s determination to survive was the foundation for his future life and health.

We humans are like those frogs. “Wow, this is too hard,” one will say. “It will take too long,” says another. “I’m not seeing any progress,” says the third. With that, they will give up and lose control of their destiny.

But another one of us, being more positive, will say, “Wow, what a great opportunity I have to learn from this situation. I’ll try this and discover what gets the best results so I can be healthy.”

“Damn the torpedoes, full speed ahead.” These are the words of Admiral Farragut during the Civil War, and they are as true today as they were then. Let’s proceed full speed ahead to discover the causes of health. It requires time, but the battle can and will be won.

Healing requires time. The opposite is also true: sickness is expressed over time. Like the frogs in the bucket, we control our health in the “bucket of life.” To win the battle, we need to step up, power up, and proceed full speed ahead

In his Neuro Emotional Technique classes, Dr. Scot Walker discusses the concept of the “vanishing twin.” The mother of D.D. Palmer, our founding father of chiropractic, was born a twin. Of this fact Palmer wrote, “I came within one of not having a mother. My mother was one of a pair of twins, one of whom died.”

It is estimated that 78 percent of pregnancies start with two fetuses (or more). Yet by about the fifth month of most pregnancies, there is only one. Why might this occur?

Have you ever worked on a project of some sort, and for some reason you just couldn’t get the pieces to come together? Or maybe one or two of the parts you needed were missing. At this point, sensing failure, some of us may lose hope and sink to the bottom of the bucket.

Following conception, our inborn Innate Intelligence controls and regulates every process in the human body by putting the puzzle pieces together. This is the Life Force of Universal Intelligence, and it flows over our nerves to every cell in our body.

A father and mother must get sufficient building materials from the foods they eat for his sperm and her egg to grow to completion and then come together to form a baby. The wisdom of our body (Innate Life Force) receives its energy from the foods we eat. It uses the nutrients—mixing and matching them, working and kicking without ceasing—as it puts the puzzle of the human form together.

The construction and maintenance of the developing baby can only be complete if there are enough building materials on hand (derived from organic proteins, fats, vitamins, minerals, and amino acids). Mother, father, and offspring now have lambano, the Greek word meaning to take hold, to seize, to clutch, to grasp—to literally take form in our existence of human flesh.

Like the frogs in the bucket, we either die from the stress or we learn to survive it. The stress in the womb is multifaceted. It can be carried in the DNA encoded in the father’s sperm or the mother’s egg. It can also be influenced by the physical, mental, emotional, and nutritional health of the mother, which is passed to the baby. D.D. Palmer’s mother survived the stress, but her twin died. The common denominator appears to be the environmental stressors one is surrounded by.

To help confront these stressors, the Innate Intelligence given by the creator provides all of us with a backup plan—the adrenals. Let’s look at those little fetal adrenal glands:

Completion of adrenal development: The adrenals are developed by the end of the week 8 of gestation. (The majority of miscarriages occur from week 4 to week 12 of gestation.)

Most rapid phase of adrenal development: This occurs in the last 6 weeks of gestation.

Size: At 7 months of gestation, the adrenal glands are equal in size to the fetal kidneys.

Weight: From 7 months of gestation and on to birth, fetal adrenal weight is 15 to 20 times larger than fetal kidney weight.

Location: The fetal adrenal gland, primarily its cortex, is next to the brain and heart, the most vascularized organ in the developing baby.

Role of cortisol in the mother: Cortisol released from fetal adrenal glands helps the moth 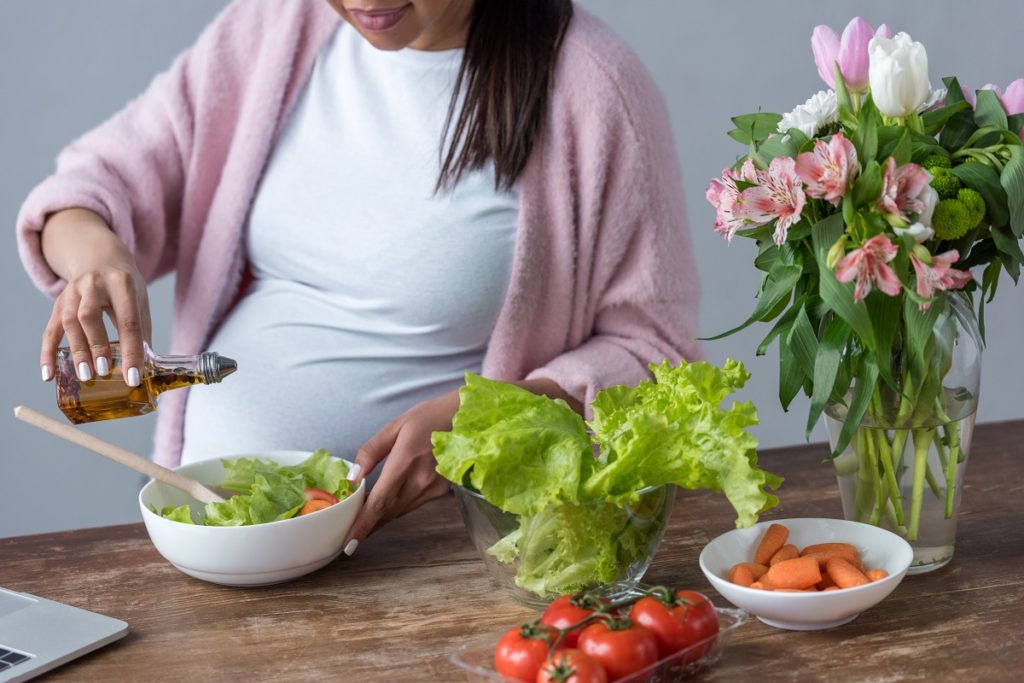 er during the stress of labor by supporting and maintaining contractile activity during and through the birth.

Role of cortisol in the fetus/newborn: Cortisol released from fetal adrenal glands regulates fetal and newborn metabolism, immune response, and response to post-birth environmental stressors. Conditions such as failure to thrive syndrome can be related to fetal adrenal weakness.

Cortisol prepares the body for stress by stabilizing membranes and increasing blood sugar. Stored amino acids (formed from proteins) are rapidly transported to the liver and converted into glucose—the fuel necessary for the production of energy. You need lots of energy to go through labor.

To help support you and your baby’s adrenal glands for the next nine months of your pregnancy and ensure that your labor progresses with greater ease, look at the following supplementation from Standard Process:

Note that the adrenals need vitamin C complex and the mineral copper for optimum health. Also be sure to get those amino acids by maintaining a diet high in natural proteins and fats so the little one inside of you grows strong and complete.

“There are two choices in life when we face tragedy. Give in to despair or triumph over it.”
—Eva Mozes Kor, survivor of Josef Mengele’s genetic experiments on twins during the Holocaust