Royal Principle #20 states: “A ‘living thing’ has an inborn intelligence within its body, called Innate Intelligence.”

All of us are forever “on the hunt” for that certain thing that will bring satisfaction to our lives. We are living things, always searching for better, greater, happier, healthier, more pleasing, more loving, and more satisfying experiences in our lives.

Let’s look at Principle #20 from Chiropractic Textbook again: “A ‘living thing’ has an inborn intelligence within its body, called Innate Intelligence.” 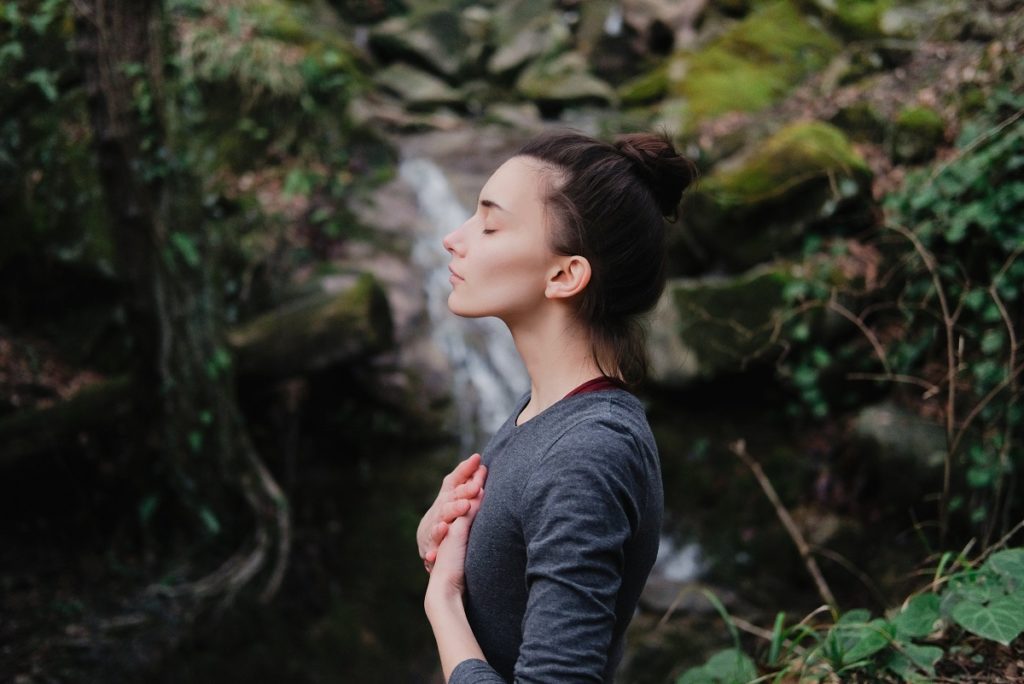 Awareness of our inborn creative intelligence gives us the opportunity to experience our full potential. This capacity is an innate expression of “life” in all human (humus) beings, one that is controlled and mediated by and through our nervous system. D.D. Palmer laid the foundation for this understanding when he originated the principles of modern chiropractic in 1895. According to Palmer, there are three root causes of ill health: trauma, toxins, and thoughts. The body innately responds to these three insults 24/7.

And well before D.D. Palmer’s time, there was Hippocrates, considered the father of modern medicine. It was Hippocrates who said, “Look well to the spine for the cause of disease.” Indeed, he was the first “physician” to describe spinal manipulation. In his view, only nature can heal. It is the duty of the physician to remove whatever interference prevents healing. As doctors of chiropractic, our role in caring for our patients is to address the three causes of sickness and disease by removing whatever interferes with their to healing.

Let’s be “on the hunt” for health. If we look at Native Americans before colonization, we see how well they understood their natural environment, and how well they were able to maintain a high level of health within it. Of course, they survived on the land and could not choose between hunting and shopping at the grocery store. Nor did they study Hippocrates or any “learned” medical expert of their day. They learned the lessons of survival from the wisdom of their elders and tribal leaders.

For example, the ravages of scurvy brought the power and might of the British navy to a halt, until they discovered a cure in the form a simple source of the complete C complex: the lime. Meanwhile, Native Americans did not suffer from this debilitating condition. In some cases, they even shared their cure with European newcomers.

Back to Hippocrates. He declared that only nature can heal, and he passed from this earth 2,400 years ago. Indigenous peoples that populated this continent for over 10,000 years survived and thrived by working in harmony with nature, long before Hippocrates.

How did they maintain such a high standard of strength and health? Let’s take a look and learn at the words of wisdom in Visions of the Buffalo People by Linda Little Wolf. She describes her Sioux ancestors’ ways of life as intimately connected to the mycorrhizal-rich soil of the earth, which, as we now know, fills the grass with the nutrients that the buffalo consumed. For the People eating the buffalo raised on that life-giving soil came strength and health.

The central plains of the 1800s were home to approximately 32 Native American tribes. The causes of health were taught to each generation, ensuring that the next generation would be as healthy and strong as the previous one. Buffalo was their main source of life. Approximately 20 to 60 million buffalo feasted on the rich omega-3 grasses of central and western North America.

These Native American tribes respected the inherent diversity of nature to provide life. A deeper understanding of the historical biological matrix that sustained and influenced their dietary lifestyle can also help us become the beneficiaries of the earth’s nurturing and empowering foods. When we apply the natural causes of health to our own lives, we too will thrive. This is the path less traveled, yet it is the only path to health for our “humus” body. The pharmaceutical and/or surgical path traveled by a great many people who are merely seeking relief for the “reactions of starvation” are encumbered with various symptoms and side effects that, combined, are the third leading cause of death in America. Instead, let us heed the Innate Intelligence that speaks to our inner selves, for it is always on the hunt for health.

To ensure their survival, those previous generations of Native Americans needed to pass down the lessons of health day-by-day and year-by-year. The act of teaching stimulates a release of neuropeptides, called mesolimbic dopamine, in the brain. This neurological response is a vital component of reward pathways.

Imagine a young member of the tribe successfully participating in a buffalo hunt. Witnessing the youth’s actions and bravery, the hunter who taught the youth these skills experienced a release of mesolimbic dopamine in his nervous system. And the youth, knowing that he helped the tribe, would also get a rush of mesolimbic dopamine in his nervous system. Confidence becomes a two-way path between teacher and student. This feedback is essential for learning. Sharing words of encouragement—and receiving them—stimulates the release of positive neuropeptides in both parties.

The women of the tribe were considered equals. Like the men they performed highly valued tasks that were necessary for survival. Women helped process the freshly killed buffalo meat and used the skins to make clothing for the tribe. They gathered the water and wood and were in charge of food preparation. Their skills in managing the household and participating in other tribal affairs were directly tied to their social and economic virtue. The women also bore the enormous responsibility of skinning and tanning the hides used for the tipis, of deciding where to set them up, of constructing them with poles and hides (12 to 14 hides for each tipi), and also for taking them back down again. The tipi was a sanctified place. The circular floor plan symbolized the earth, with the floor a representation of the earth and the walls the sky. The poles arching upward formed the pathway to the Great Spirit in heaven.

Just as the men were on the hunt for food, the women were on the hunt for comfort and safety. They taught their vital skills to young girls just as the men taught the art of hunting to the boys. And like the men and boys, they too experienced the release of  mesolimbic dopamine through their reward pathways through the act of teaching and learning.

The work of being on the hunt was essential for the tribe’s survival—just as today we must also be on the hunt to successfully celebrate our commonality. Living in connection to the earth brings abundant health and well-being to our bodies. This is hard to accomplish with the modern day practice of industrial agriculture food production. For example, it would be difficult for us experience the bounty of buffalo hearts and other organs harvested from the hunt to ensure strength, stamina, and vitality for the tribal community.

Learning to hunt for and prepare food was taught to each new generation to benefit the health of the entire tribe. Though they would have no direct knowledge of the protective nutrient chemicals found in organs, they somehow understood consuming these vital parts of the animal were necessary for the tribe’s strenuous lifestyle. The heart organ, for example, provides heart protomorphogen, which would provide the health and stamina they needed to live and hunt.

The heart has both sympathetic (speeds up the heart) and parasympathetic (slows the heart) innervations. Being on the hunt was a time of strenuous exercise and stressful emotions. Fear of getting trampled by a buffalo. Fear of their horse stepping in a hole and falling. Fear of not making the kill and potentially not having enough food to eat. All of these stressors would stimulate the hunter’s sympathetic nervous system. 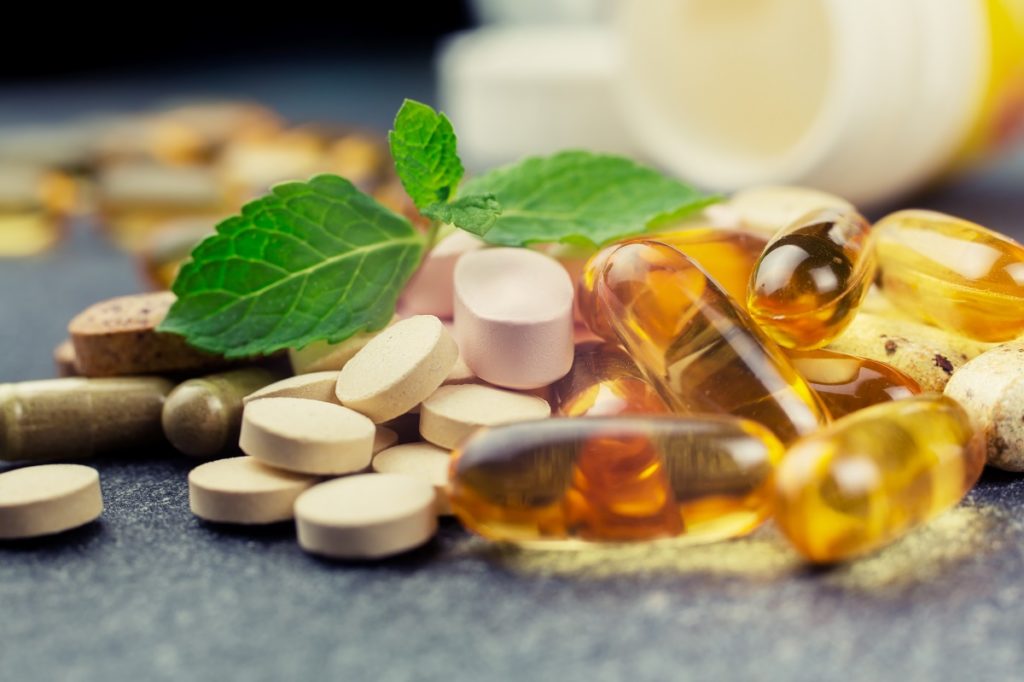 In Vitamin News (vol. 6), Dr, Royal Lee describes the causes and corrections of these signs and symptoms. Today we don’t eat many buffalo hearts, but we can utilize Dr. Lee’s wisdom in the form of Standard Process Cardio-Plus, Cardiotrophin PMG, Cataplex B-Core, Cataplex G, Phosfood Liquid, and Organically Bound Minerals. Make a commitment to schedule a Heart Sound Recording determine the specific nutritional priorities needed by the heart.

“Friend do it this way—that is, whatever you do in life, do the very best you can with both your heart and mind.”
—White Buffalo Calf Women