Among the many things I’ve read over time that left a big impact on me, there’s one I’ve been saving to share with my readers. It’s about one of our most loved American traditions: Thanksgiving.

A big thanks to Richard J. Marbury for bringing us up to date on what the first Thanksgiving was really like. I’ve also added a few of my favorite Thanksgiving recipes from Nourishing Traditions, including page numbers for the dishes Sally Fallon lists on her “Thanksgiving Day Dinner Menu.”

This holiday has special significance to me because I’m part Paiute Indian from my father’s side of the family. In my school days, both the pilgrims and the Indians played a pivotal role in the Thanksgiving Day stage presentations we gave for our parents. My mother made special costumes for me, including a feathered headband that she placed around my brow and head so I could emulate the Indian culture depicted in our history book. What fun! No doubt these costumes weren’t exactly what the Indians wore, but as a young child, and on that particular day, I was fiercely proud of my heritage.

Well, so much about me. Now let’s read what Mr. Marbury has to say about the real Thanksgiving story. What follows is his article “The Great Thanksgiving Hoax,” written in 1985.

Each year at this time school children all over America are taught the official Thanksgiving story, and newspapers, radio, TV, and magazines devote vast amounts of time and space to it. It is all very colorful and fascinating. It is also very deceiving.

This official story is nothing like what really happened. It is a fairy tale, a whitewashed and sanitized collection of half-truths that diverts attention away from Thanksgiving’s real meaning. The official story has the pilgrims boarding the Mayflower, coming to America, and establishing the Plymouth colony in the winter of 1620–21. This first winter is hard, and half the colonists die. But the survivors are hard-working and tenacious, and they learn new farming techniques from the Indians. The harvest of 1621 is bountiful.

The Pilgrims hold a celebration, and give thanks to God. They are grateful for the wonderful, new, abundant land He has given them.

The official story then has the Pilgrims living more or less happily ever after, each year repeating the first Thanksgiving. Other early colonies also have hard times at first, but they soon prosper and adopt the annual tradition of giving thanks for this prosperous new land called America. The problem with this official story is that the harvest of 1621 was not bountiful, nor were the colonists hard-working or tenacious. This was a famine year and many of the colonists were lazy thieves.

In his History of Plymouth Plantation, the governor of the colony, William Bradford, reported that the colonists went hungry for years because they refused to work in the fields. They preferred instead to steal food. He says the colony was riddled with “corruption,” and with “confusion and discontent.” The crops were small because “much was stolen both by night and day, before it became scarce eatable.”

In the harvest feasts of 1621 and 1622, “all had their hungry bellies filled,” but only briefly. The prevailing condition during those years was not the abundance the official story claims; it was famine and death. The first “Thanksgiving” was not so much a celebration as it was the last meal of condemned men. But in subsequent years something changes. The harvest of 1623 was different. Suddenly, “instead of famine now God gave them plenty,” Bradford wrote, “and the face of things was changed, to the rejoicing of the hearts of many, for which they blessed God.” Thereafter, he wrote, “any general want or famine hath not been amongst them since to this day.” In fact, in 1624, so much food was produced that the colonists were able to begin exporting corn.

After the poor harvest of 1622, writes Bradford, “they began to think how they might raise as much corn as they could, and obtain a better crop.” They began to question their form of economic organization. This had required that “all profits & benefits that are got by trade, working, fishing, or any other means” were to be placed in the common stock of the colony, and that, “all such persons as are of this colony, are to have their meat, drink, apparel, and all provisions out of the common stock.” A person was to put into the common stock all he could, and take out only what he needed.

This “from each according to his ability, to each according to his need” was an early form of socialism, and it is why the Pilgrims were starving. Bradford writes that “young men that are most able and fit for labor and service” complained about being forced to “spend their time and strength to work for other men’s wives and children.” Also, “the strong, or man of parts, had no more in division of victuals and clothes, than he that was weak.” So the young and strong refused to work, and the total amount of food produced was never adequate.

To rectify this situation, in 1623 Bradford abolished socialism. He gave each household a parcel of land and told them they could keep what they produced or trade it away as they saw fit. In other words, he replaced socialism with a free market, and that was the end of famines. Many early groups of colonists set up socialist states, all with the same terrible results. At Jamestown, established in 1607, out of every shipload of settlers that arrived, less than half would survive their first 12 months in America. Most of the work was being done by only one-fifth of the men, the other four-fifths choosing to be parasites.

In the winter of 1609–10, called “The Starving Time,” the population fell from 500 to 60. Then the Jamestown colony was converted to a free market, and the results were every bit as dramatic as those at Plymouth. In 1614, Colony Secretary Ralph Hamor wrote that after the switch there was “plenty of food, which every man by his own industry may easily and doth procure.” He said that when the socialist system had prevailed, “we reaped not so much corn from the labors of thirty men as three men have done for themselves now.”

Before these free markets were established, the colonists had nothing for which to be thankful. They were in the same situation as Ethiopians are today, and for the same reasons. But after free markets were established, the resulting abundance was so dramatic that the annual Thanksgiving celebrations became common throughout the colonies, and in 1863, Thanksgiving became a national holiday.

Thus the real reason for Thanksgiving, deleted from the official story, is: Socialism does not work; the one and only source of abundance is free markets, and we thank God we live in a country where we can have them.

Onions are a versatile vegetable usually used in conjunction with other vegetables, but they also perform well on their own. This compote serves 6.

In a heavy skillet, cook onion in butter and olive oil on low heat for 1 hour or more, stirring occasionally. Onions will turn light brown and develop a caramel taste.

An afterthought from the Traditional Cook...

The year has turned its circle,
The seasons come and go.
The harvest is all gathered in
And chilly north winds blow.
Orchards have shared their treasures,
The fields, their yellow grain,
So open wide the doorway—
Thanksgiving comes again!
—Old Rhyme 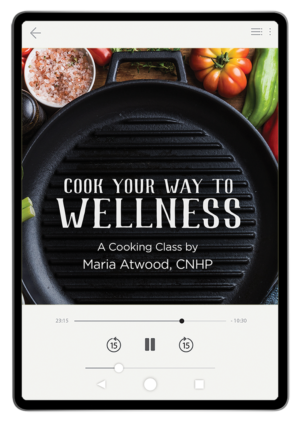